My Weight-Loss Journey: Part 3 – The Bike

At this point it had been three weeks since I began my weight loss journey, and yet I was not making the progress I had hoped.

I did the exercises in the morning, I walked a 7km trail, and kept an eye on what I ate, and yet I was still hardly making a dent in my overall weight. All I had achieved was losing a single kilogram and most of that time was kept trying not to regain it.

It was obvious that something was missing. Even though I was doing everything I needed to not gain weight, I wasn’t doing enough to lose weight. Something had to be done. I needed to do more than what I had originally planned.

And that’s when I discovered the bike.

Now, discovering the wonders of the bike, is something I owe to my beloved aunt. You see, my ailing aunt, who my brother and I visit and help with gardening every Saturday, has always been observant and critical of my weight. She had a habit of aggressively tapping my stomach to remind me that I had to do something.

So, with my aunt tapping my stomach in mind, I looked up the most efficient exercises for losing belly fat. One of the exercises that caught my eye was cycling. The reason it grabbed me was because I had an exercise bike already.

I contacted my brother, who knows a thing (or two) about exercise and weight loss. He confirmed the bike was a good addition to my exercise regimen and gave me the thumbs up.

The first time I went on the bike, it felt exhilarating because I got sweaty and puffed, which is a good sign that you’re doing a real work out. From that day onwards, I decided to incorporate the exercise bike into daily routine. I began doing 30 minutes a day and let me tell you: what a difference it made!

Only after a few days I began to finally see the kind of results I was hoping to see. As I weighed myself every morning, my weight began to drop. I had lost more weight in a week, then I had lost throughout the weeks before I discovered the bike.

I had found the winning strategy for me was to have a consistent exercise program which was manageable and was showing results. The incentive of knowing what works made it easier for me to continue doing the bike every day.

All I had to do was stick to it and stay consistent. As my brother told me, “Long-term consistency beats short-term intensity.”

However, despite figuring out the right physical, exercise program, I realised that I had to re-evaluate and modify other aspects of my weight-loss regimen to make it more effective. So, I decided to reassess my diet and make some changes that would better help me. 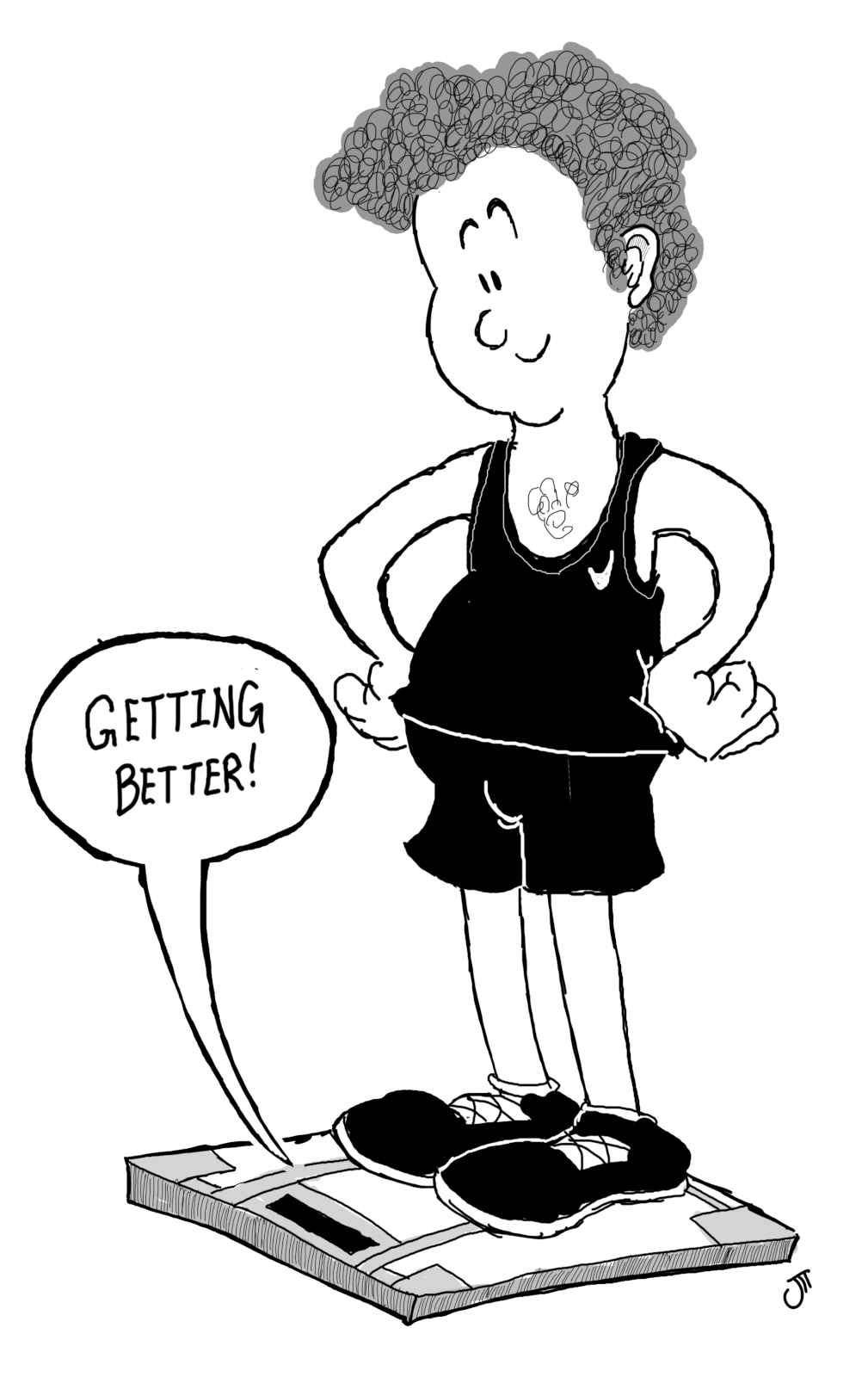 Get notified straight to your email