The Beginning of Something New

Last year, when my brother first suggested I join him at the gym on Sundays, I was initially hesitant. Then I agreed.

To the average person it would appear to be  no big deal – I mean, it’s just an hour one day a week.  What’s the fuss?

But for me, someone with Asperger’s syndrome, the idea seemed a much bigger deal in my head than  it actually was.

It wasn’t  the idea of going to the gym for an hour one day a week, it was the idea of having something new in my life – something I would have to commit too.

Now, to an average person reading this, the likely reply will be  “So what, that happens all the time.”

But for someone like me, even a small change of routine can seem much bigger than it actually is.

According to Dr. Kenneth Roberson, an Asperger’s psychologist in San Francisco with over 30 years of experience, a characteristic of people with Asperger’s is their avoidance of change “both in themselves and in their circumstances.”   He adds that “the underlying motivation to resist change is typically intense and persistent,” and that the desire for sameness “is central to the Asperger’s condition.”

The reason for this, according to  Dr. Roberson, is because change, “whether in one’s self or the environment, typically causes sensory overload, since change affects the person’s ability to process the sensations accompanying that change.”

As a result people with Asperger’s “attempt to control this overload by controlling their environment, typically by clinging to well-defined routines and minimizing spontaneous alterations in their surroundings.”

Before we began our first gym session, I was anxious; Was I going to like going to the gym, or was I going to end up hating it and then dreading having to go every week?

But, as we went through the first session, set by set, rep by rep, I realised that I could do this, that coming here every week was something I could absolutely do, and for the past year our Sunday Session has been something I can’t imagine not having in my weekly routine.

What made this possible was having a trainer who knows my limits but nonetheless challenges me, who understands my difference but doesn’t see it as an excuse not to reach my full potential. 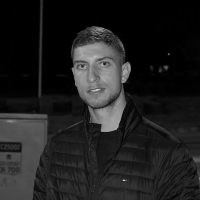 Life is not a race

The Importance of Trust

Get notified straight to your email